The 13th most popular snowboarding destination in Colorado.

West of Denver and southeast of Dillion, the Keystone Mountain Resort has 131 runs spread over 3,148 acres served by 20 lifts that access a maximum vertical of 3,130 feet. Spread over three peaks, the runs have a level of difficulty ranging from 20% beginner to 30% intermediate to 50% difficult. The best snowboarding at Keystone is typically found during January and February.

There are plenty of challenging glades to be found, including some of the best at Keystone like The Windows. For more wide open spaces, the Outback is the place to be with the North Bowl and South Bowl to shred. Keystone Mountain Resort also offers snowboarders guided snowcat tours above 12,000 feet in Bergman bowl, Erikson bowl and Independence bowl.

For the freestyle snowboarders in your crew, Keystone Mountain Resort has seven terrain parks with a total of 100+ features. You'll definitely want to session the highly-ranked A51 Terrain Park or the Alley with its skateboard style flow and jibs. In addition, the I-70 park has moderate rails and boxes, while the he Mainstream Park has 25 jibs to session.

Following a long day of snowboarding at Keystone, you can look for some apres ski action at Kickapoo Tavern or the Last Lift Bar. For some nightlife, try The Goat, Mi Casa for margaritas and the Snake River Saloon.

To reach the snowboarding at Keystone Mountain Resort from Denver, head west on US70 to Exit #205 (Silverthorne/Dillon). Turn left heading southeast on US6 for 6.2 miles to the ski area. The nearest airport is Denver International Airport.

Base Camp:  The Pad Hotel-Hostel, Silverthorne 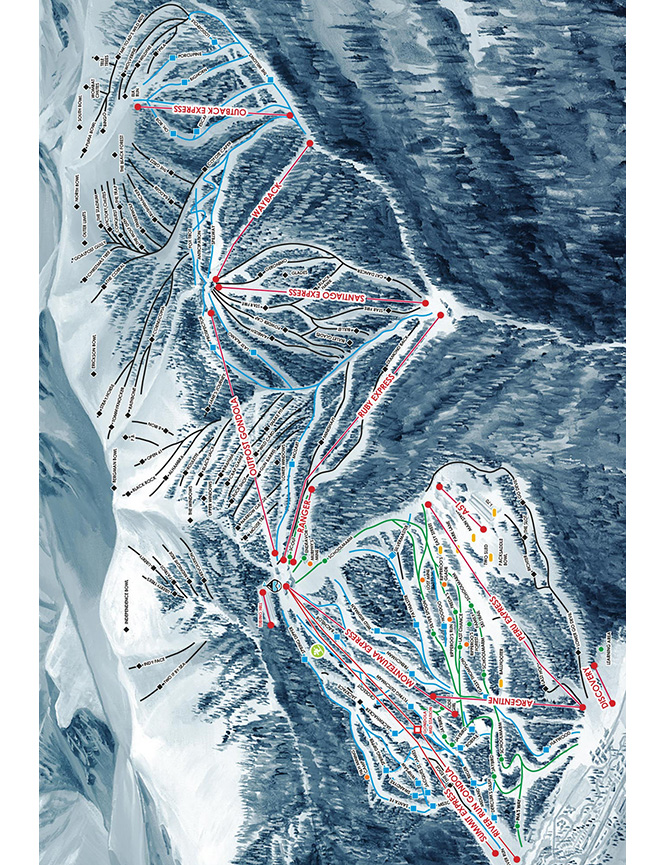