The 2nd most popular snowboarding destination in Maine.

Northwest of Augusta in the Carrabasset Valley, the Sugarloaf ski area has 162 runs spread across 1,230 acres served by 10 main lifts that access a maximum vertical of 2,820 feet. The runs vary in difficulty from 23% easy to 34% moderate and 43% difficult. This is a remote big mountain known for very cold conditions, but also the best, steepest above timberline skiing in the East.

Sugarloaf is well known among snowboarders for its extensive glades such as Can't Dogs. From the top of the C Chairlift, ride to the left and try dropping into the thick glades leading into the 405 acre Bracket Basin.

If you are looking for some serious steeps, you'll want to check out White Nitro. The Central Mountain served by the SuperQuad has the steepest and longest fall lines in all of New England. The Spillway area has chutes and glades, while the Narrow Gauge is a steep cruiser used for many races.

When you are ready for snowboarding ungroomed black diamond terrain, head on over to King Pine Bowl to freeride down Ripsaw. King Pine Bowl is served by the King Pine Quad chairlift. Another good run here is Haulback which is only partially groomed and is usually bumped out.

If you are up for a challenging adventure, you can head up the Timberline quad chairlift, and then hike up to the summit. From the summit, you can ride down the Backside Snowfields and finish in the glades.

For those looking to shred the park, you'll want to try snowboarding one of Sugarloafs six terrain parks, the boardcross course or the 400 foot Superpipe. The terrain parks include Haywire Park (advanced) and Skybound Park (beginner).

The Sugarloaf region is not really known for its apres ski action, but you'll probably want to check out the Widowmaker or Shipyard Brewhaus. For late night action, the best bets are either Theos or The Rack.

To reach the snowboarding at Sugarloaf Mountain Resort from the south, head north on US95 to Augusta and use Exit #31B. Head north on SR27 passing through Farmington and Kingfield, straight to Sugarloaf ski area. The closest airport is located in Portland.

Overall, Sugarloaf Mountain Resort is the 2nd most popular snowboard & freeride destination of all 7 snowboarding resorts in Maine. 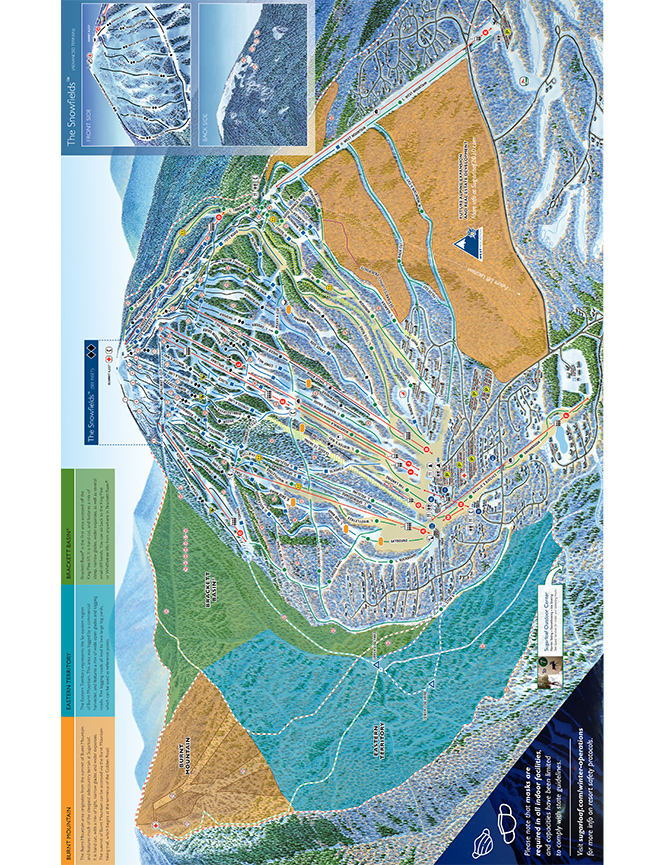