The 6th most popular snowboarding destination in France.

Southeast of Grenoble and northwest of Briancon in the Guisane valley, the Serre-Chevalier ski domaine has 115 pistes served by 68 lifts accessing a maximum vertical drop of 1,650m. About 35% of the runs are graded red and 10% are black. With lower elevation slopes, Serre-Chevalier is not well-known for reliable snowpack, so watch the snow report before committing to come.

The domaine of Serre-Chevalier consists of thirteen alpine villages connected by 160km of groomed pistes. A single Le Grand Serre-Che lift pass provides access to the entire domain which is spread over four zones. The alpine villages are charming old-world towns, especially the centrally located villages of Chantemerle and Villeneuve. The village of Monetier is a good base for freeriding. Surprisingly, the larger city of Briancon has a gondola lift up into Serre-Chevalier. Throughout the Guisane valley, there is a regular ski bus, but unlike most ski resorts, there is a small fee for this ski bus.

While the Serre Chevalier ski domaine is known as an intermediates paradise, the main attraction here are the off-piste options. For steep glades, check out Les Vallons de la Cucumelle. For some challenging steeps, try the Tabuc valley, Cibouit, Olympique Luc Alphand or the runs under Pic de Yret. On a powder day, check out the glades off the Casse Du Boeuf lift. From the top of the Cucumelle chairlift, hike up Col de L'Eychauda and head down on the Vallon des Corneilles leading through a canyon to Monetier. Over the last decade, Serre-Chevalier has intentionally left many ungroomed pistes which are now labeled as Brut-de-Neige.

For freestyling at Serre Chevalier, there are three terrain parks and 2 boardercross courses to explore. The main terrain park is located in the centrally located Villeneuve sector. It is served by the Alpage lift. This terrain park is 500m long and has 4 lines with varying level of difficulty.

After a long morning of shredding, there are two good on-mountain huts including Le Bivouac above the Casse Boeuf chairlift and the Peyra-Juana on Monetier.

For apres ski action, don't expect much but go ahead and try Alpen Bar or Rif Blanc in Monetier, Extreme Bar in Chantemerle or Vielle Ferme in Villeneuve. For nightlife, head into Villeneuve to check out Le Frong, La Baita, and the Bam-Bam Club.

To reach the snowboarding at Serre Chevalier Ski Area, fly into Turin and take TGV train to Briancon. Then the regular bus from Briancon to resort towns.

Overall, Serre Chevalier is the 6th most popular snowboard & freeride destination of all 50 snowboarding resorts in France. 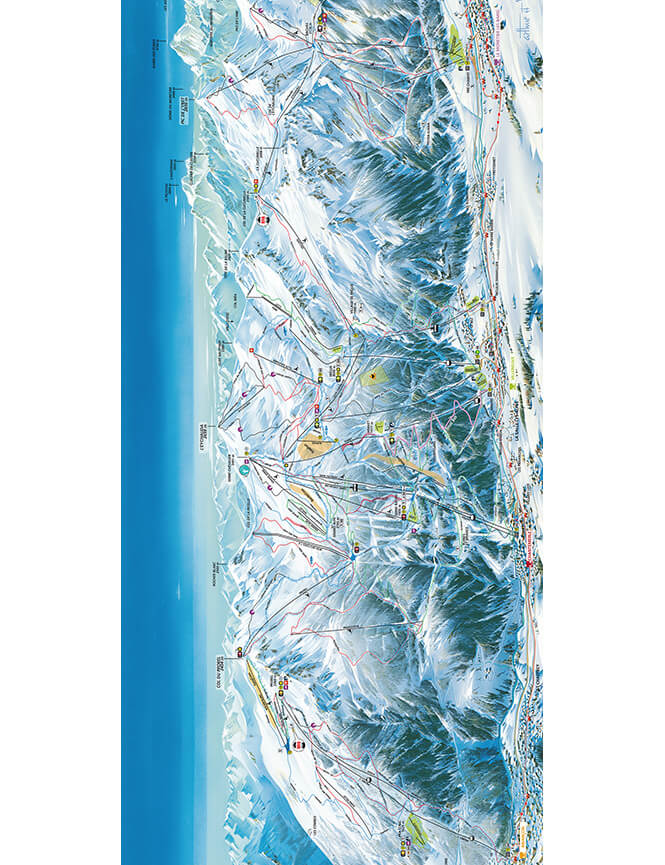