The 5th most popular snowboarding destination in Italy.

Northwest of Trento in the Brenta Dolomites, the Madonna Di Campiglio ski area has 24 lifts serving 60km of slopes with a maximum vertical drop of 985m. It is spread across both sides of the Val Rendena with lifts on either side of town. The area is well known for its gentle open slopes that start above the treeline and then descend thru dense forest on the way to town. The longest piste is over 6.5km. The best Madonna Di Campiglio can be found during the months of January to March.

For freestylers, the two main terrain parks are the Ursus Snowpark in Campiglio and the Brentapark in Pinzolo. The Ursus Snowpark can be found in the Groste area and is considered one of the best in Europe. It has kickers, boxes and jibbing features along with a halfpipe, quarterpipe and boardercross route. The Brentapark can be found in the Doss del Sabion area at the bottom of the Grual piste. There you will find boxes, jumps, rails, a rainbow and a flat rail.

For the most part, this ski region is considered pretty family-friendly and on the glitzy side for poseurs. The pistes are relatively flat and there isn't much in the way of off-piste freeriding (considered illegal). If you are looking for some challenge, try checking out the Spinale area for powder and trees that is popular with the free riders.

After a long morning of shredding, there are several good options for on-mountain lunch. Check out Malga Montagnoli on Monte Spinale or Giorgio Graffner on Grostt.

When you are ready for some apres ski action, try Bar Suisse, La Cantina del Suisse or Franz Josef Stube.

If you are looking for some nightlife, check out Cliffhanger or Ober-One, then head over to Zangola. Further outside of town, you can try to make your way over to (and back from) the Speck Stube where the party really gets going. But be careful since they close at 6am! 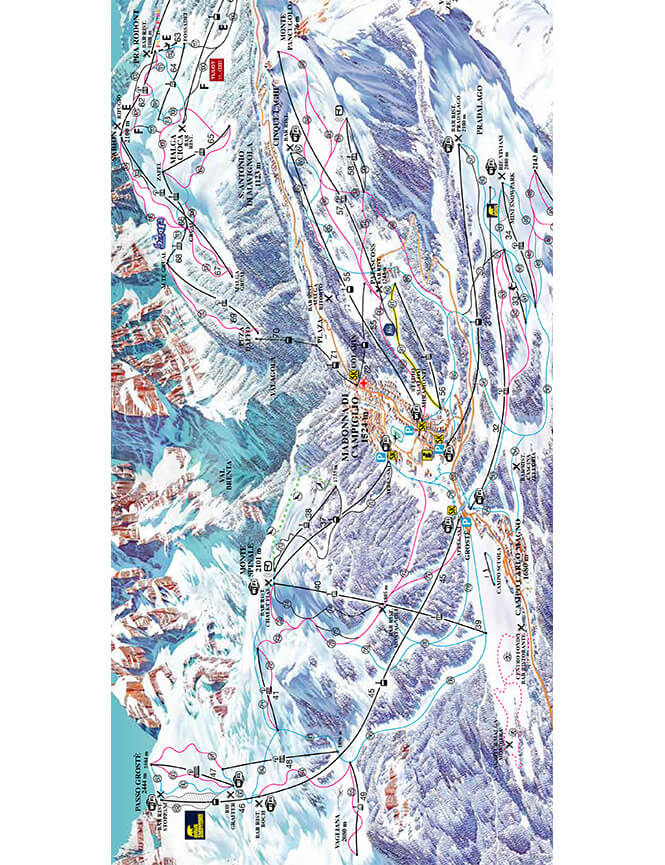