The 28th most popular snowboarding destination in Switzerland.

Southeast of Zurich and southwest of both Chur and Laax, the Vals 3000 Ski Area has ten pistes served by 4 lifts with a maximum descent of 1750m. Overall, the pistes range from moderate to advanced in level of difficulty. There is also plenty of freeriding options near the groomed slopes, such as the Zerfreila line. The best Vals 3000 snowboarding is usually in the months of January through March.

The town of Vals makes a great base for exploring the snowboarding at Skigebiet Vals 3000. To reach the Vals 3000 snowboarding, take the train to Ilanz. There is regular bus service to Vals from the Ilanz train station. 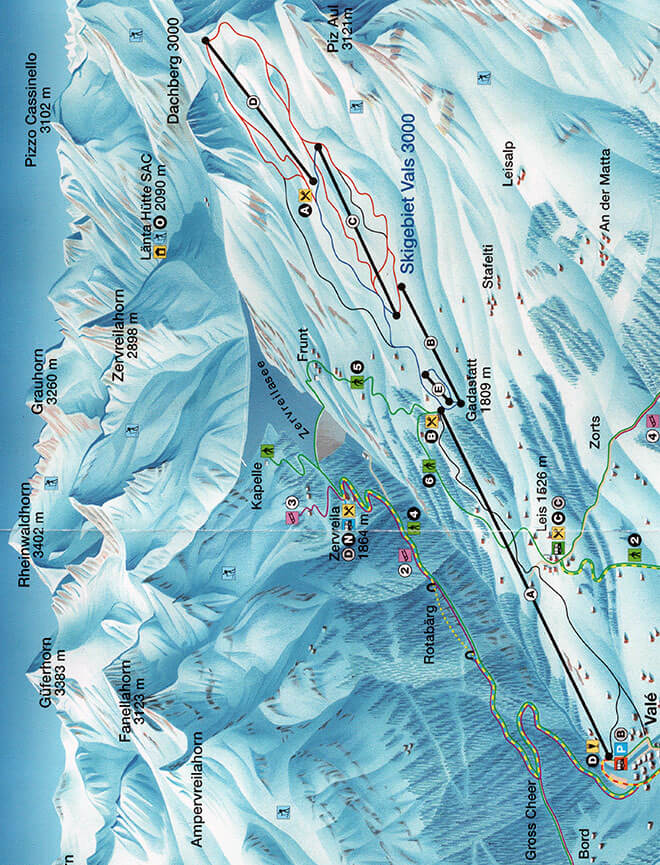