The 29th most popular snowboarding destination in Austria.

Southwest of Innsbruck in the Otztal valley, the Obergurgl-Hochgurgl Ski Area has 29 pistes totaling 60km that served by 23 lifts with a maximum descent of 1,100m. The Obergurgl and Hochgurgl ski zones are interconnected by a horizontal gondola lift (no ski runs). This ski region is known for its quality snowboarding conditions throughout the winter due to its high base elevation of 1,930m and northwest facing slopes.

The Obergurgl-Hochgurgl Ski Area is part of the Otztal ski region that includes Solden. If you purchase a 3+ day lift pass, it will include access to both Obergurgl-Hochgurl and Soelden, which is only a 20 minute ski bus ride away.

For the freestyle snowboarders in your crew, the Obergurgl-Hochgurgl ski area has a terrain park located on Mohe Mut off the Bruggenboden lift. There are over 20 features for freestylers to session.

The Obergurgl-Hochgurgl ski area is also well known for off-piste freeriding in uncontrolled out-of-bounds zones. Above Hochgurgl, there are freeride lines from the summit station of Kirchenkarbahn II. Above Obergurgl, head up to the summit of Hohe Mut, then head south into the Rotmoostal leading back down past Schownwieshutte and on down to the base of the Steinmannbahn lift. Also above Hochgurgl, from the Festkogelbahn summit, you can head north into the Ferwalltal gorge that leads back to the Festkogelbahn base station.

After a day of snowboarding, check out the infamous Nederhutte located mid-mountain on Hohe Mut for some apres ski action. Then stop by Davids Hutte on the way down. While Obergurgl isn't exactly known for it's nightlife, try checking out either the Josl Keller or the Edelweiss Bar.

The villages of Obergurgl and Hochgurgl don't exactly have the traditional Austrian charm of other ski towns since they tend to have more purpose-built ski buildings. 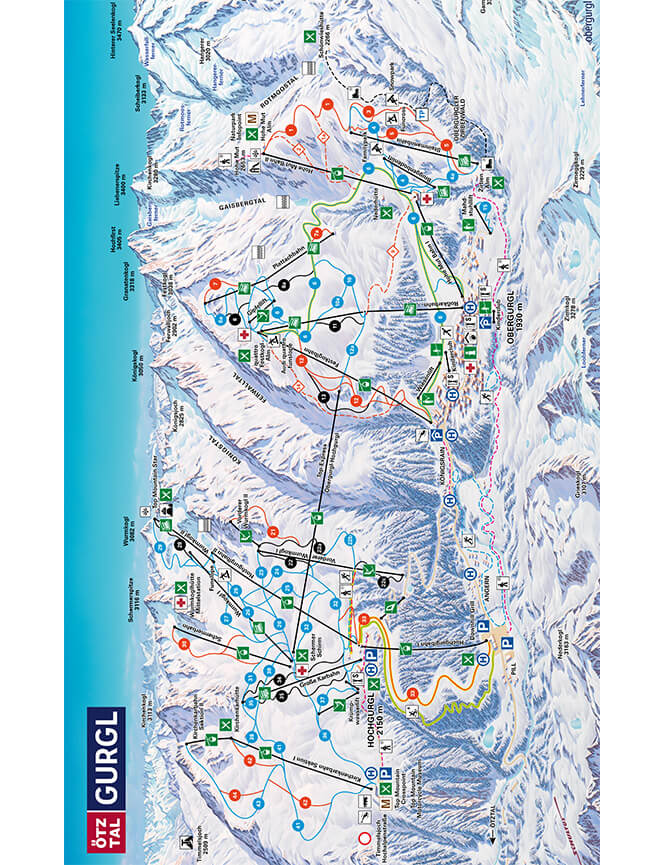