The 23rd most popular snowboarding destination in Austria.

South of Jenbach and east of Zell Am Ziller, the Gerlos ski area is part of the Zillertal Arena which offers an expansive network of pistes for snowboarding. This super ski area has over 40 lifts providing access to over 60 pistes.

The Zillertal Ski Arena is an interconnecting lifts system that connects the villages of Zell Am Ziller, Konigsleiten, Gerlos, Krimal and Wald. When you are first setting out in this ski arena, you'll quickly note that the lifts have a strange arrangement such that you'll spent a lot of time traversing across mountains instead of going up and down. This ski arena is a freeriders paradise with an open boundary policy. There are numerous powder lines to explore if you are willing to hike up 15 minutes and have all the avalanche gear. This would be a good place to bring a splitboard, skins and poles, and a guide is highly recommended. Most of the on-mountain huts are newer and lack the charm of the old places that you expect in Austria. A couple huts worth checking out include Latschenalm and Prolleralm above Gerlos, and Plattenalm above Gerlos Pass.

After a long day of snowboarding in Gerlos, the one big place for apres-ski action is up on the slopes at Seppi's Gerlos. It's known for good DJ's and dancing on the tables.

To reach the snowboarding at Gerlos, take the train from Innsbruck or Munich to Jenbach. Then, transfer to the Zillertalbahn to head up the valley to Zell Am Ziller. From Zell Am Ziller, take the bus east up to Gerlos. 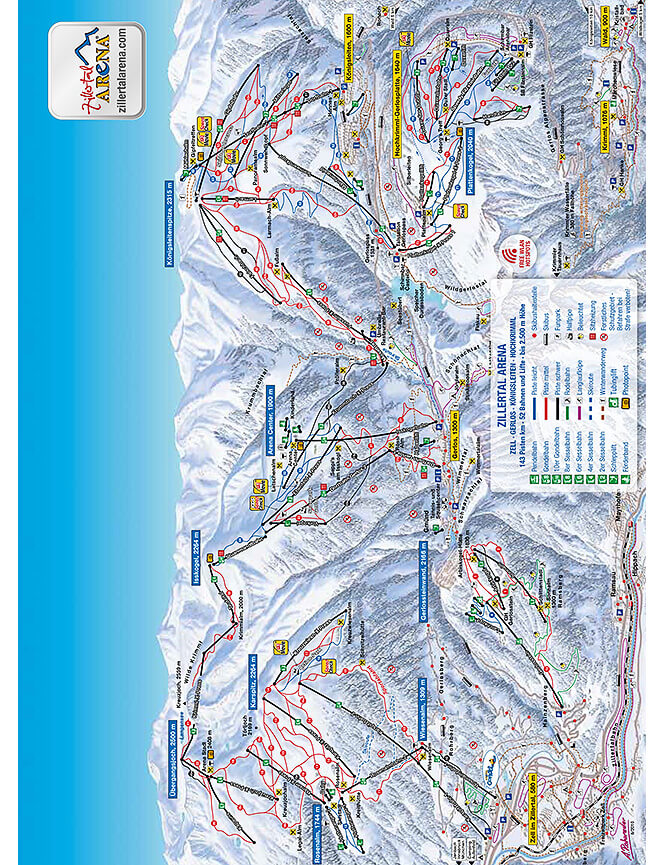