The 13th most popular snowboarding destination in Italy.

South of Brunico and west of Cortina d'Ampezzo, the Alta Badia ski area has 130km of piste served by 71 lifts with a maximum vertical descent of 653m (2,140 feet). Within Alta Badia, there are six resorts including the popular Corvara (Ladin-speaking), San Cassiano, Col Fosca, La Villa, Pedraces, and La Val. The Alta Badia ski area is known to be popular with beginner and intermedia snowboarders since it is not known to be particular difficult.

For off-piste powder freeriding around Alta Badia, grab a guide and head over to Val Medzdi. Also, try exploring the terrain at Pralongia.

For the freestyle snowboarders in your crew, the Snowpark Alta Badia is accesible from the Ciampai lift on Piz Sorega above San Cassiano. It has 14 boxes, 10 rails and 17 kickers to session.

After a long morning of shredding in Alta Badia, make sure to stop by the Mesoles Hut. For on-mountain apres ski, check out Las Vegas Lodge. And, at the end of the day, head down to L'Murin at the La Perla.

The smaller town of San Cassiano makes a great base for accessing the Alta Badia ski area. Alternately, you could check out Coravara. 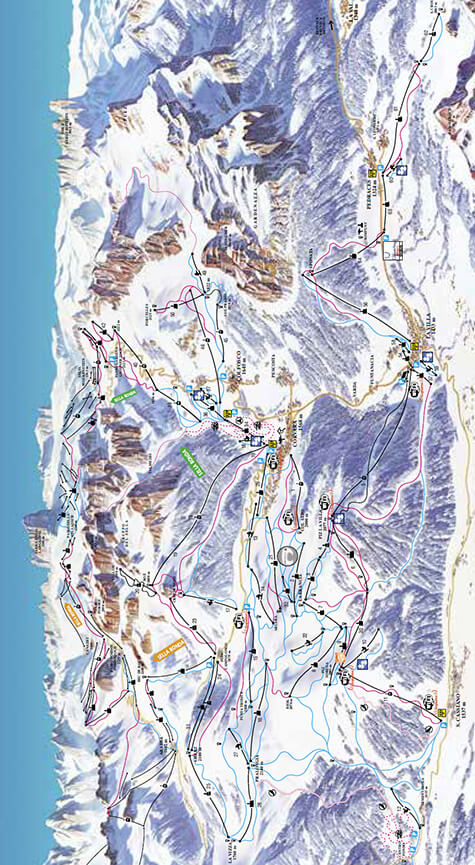