The 29th most popular snowboarding destination in Italy.

Northeast of Trento and east of Moena, the 3-Valli Trevalli ski region is a combination of two ski areas spread across three valleys. The two ski areas are Alpe Lusia Ski Area and Passo Rolle ski area near San Pellegrino. Overall, the two non-interconnected ski areas have 54 pistes totaling 100km that are served by 26 lifts accessing a maximum vertical descent of 1100m. The best Tre Valli snowboarding can typically found during the month of February.

If you're into freeriding, you've got to check out the Col Margherita Freeride Park under the north face of the namesake summit. It is accessible from San Pelligrino via the Col Margherita cable car. A helmet and avalanche gear are both required.

The villages of Moena and San Pelligrino make good bases for exploring the two ski areas. 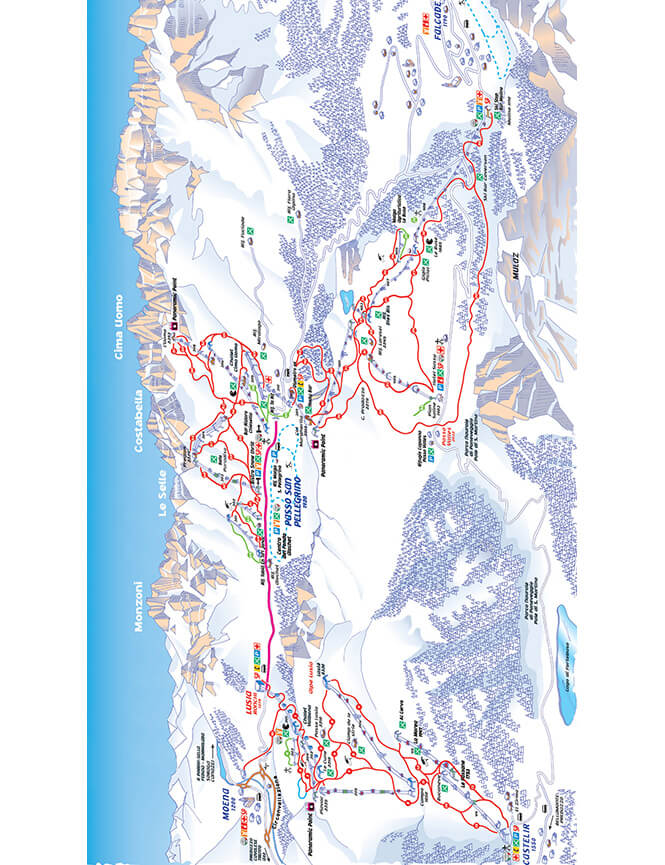