The 8th most popular snowboarding destination in Switzerland.

South of Bern and and southwest of Interlaken, the Adelboden ski area has 63 pistes totalling 210km of pistes that are served by 72 lifts with a maximum vertical descent of 1,290m. This ski region is popular with families, beginners and intermediates. The best snowboarding at Adelboden-Lenk ski area can be found during the months of February and March.

Situated on a natural terrace above a scenic valley, the village of Adelboden is a quaint, traditional Swiss village that is known for its access to the broad ski area connecting Adelboden with the village of Lenk to the southwest. Actually, there is also another small ski area right out of the north side of Adelboden heading up Tschenten Alp with a maximum vertical descent of 600m and extensive off-piste lines. This region is popular with families, beginners and intermediates.

For the freestyle snowboarders in your pack, you'll want to check out Adelboden's the Gran Masta Park with all its rails and jumps. It is located at Brenggen near Hahnenmoos. There are several lines to check out rated by ability.

If you are looking for some off-piste challenge, head over to either the Luegli chairlift or the Lavey chairlift to find good side-country to explore in the Geils Bowl. These links run back down to either Adelboden or Lenk. For an off-piste line, start heading down the groomed Route 85, then turn off into the ungroomed off-piste line to Berglager.

The main Adelboden ski area actually interconnects by bus with two other ski areas. First, from the Adelboden side, there is a free ski bus every 30 minutes that runs to the nearby Engstligenalp-Adelboden ski area (20 minutes away), which is known for some good off-piste lines and a designated freeride zone. All of the pistes are above the mid-station, so you need to up-lift and then down-lift at the end of the day via cable car. Second, from the Lenk side, the lifts and pistes coming from Adelboden actually descend east into valley just south of the village of Lenk im Simmental. There is a free ski bus into the village of Lenk im Simmental, where there is another ski area that heads up west out of Lenk. Both of these additional bus-accessed ski areas use the same ski pass. Lastly, there is a lesser known ski area a short ski bus away up at Elsigen-Metsch.

For a mid-day break, try to grab lunch at one of the authentic huts. Both Restaurant Aebi and the Wunderbar are with checking out.

After a long day snowboarding at Adelboden, the best bet for apres ski action is at Timeout Pub, Arte Lounge or Beau-Site. Since there is little nightlife, enjoy an authentic dinner at either Schmitte-Stubli or Alpenblick. If you're still looking for action, you could always try the Berna Bar or the Alte Taverne.

To reach Adelboden by air, fly into Zurich or Bern. From both, there are hourly trains to the Frutigen train station. Next, take the bus south up to Adelboden.

PRO TIP: If you are staying in Adelboden, keep in mind that you can take a bus north up to the Elsigbach Luftseilbahn base for the Elsigen-Metsch ski area. 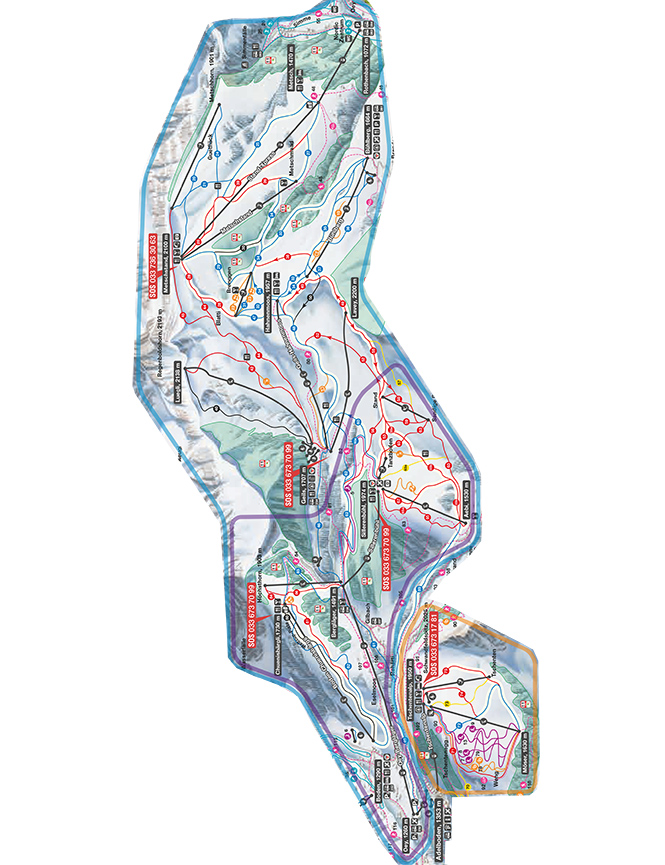