The 53rd most popular snowboarding destination in Switzerland.

South of Bern and south of Sion, the Evolene Ski Area has 8 pistes totaling 40km spread that are served by 4 lifts accessing a maximum descent of 1,276m. Below the mid-station, there are mostly beginner pistes. Above the mid-station, the advanced pistes are mainly served by t-bars. There are challenging freeride routes down from Vouasson and arbey to Lannaz base. Also, there is a backcountry route up and over Mandelon Pass. Overall, the ski area is well-known for a very reliable and deep snowpack. The best Evolene snowboarding is regularly found in the months of January through March.

The Evolene ski area is part of the greater Espace Dent Blanche ski region which also includes Arolla and La Forclaz. There are a total of 100km of pistes. These ski areas are interconnected by bus only.

To reach the snowboarding at Evolene, take the train from Geneva, Bern or Zurich to Sion. From Sion, there is a public post bus up to Evolene. In the village of Evolene, there is a ski bus running up to the lift base in Lannaz. 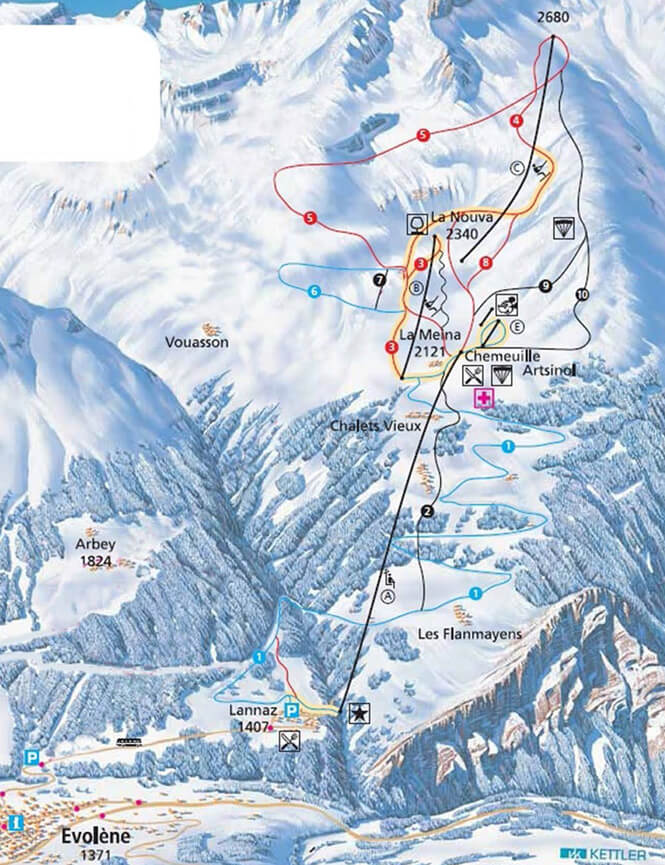