The 34th most popular snowboarding destination in Italy.

East of Rome and southeast of L'Aquila in the Appennines, the Campo di Giove ski area has 8 pistes served by 6 lifts with a maximum vertical descent of 1,250m. Also known as Majella Park, the best Campo di Giove snowboading can be found during the period from late January through mid-February.

This ski area is located to the south of Pescara. To reach the snowboarding at Campo di Giove by air, you will want to fly into Aeroporto Internazionale d'Abruzzo (PSR) in Pescara on the eastern Adriatic Sea coast. There are several international flights into Pescara and intercountry flights from Rome. While you could fly to Rome and rent a car, those heavy snowfalls make driving unexpectedly difficult. From the airport in Pescara, some of the resort hotels do provide a complementary shuttle bus. 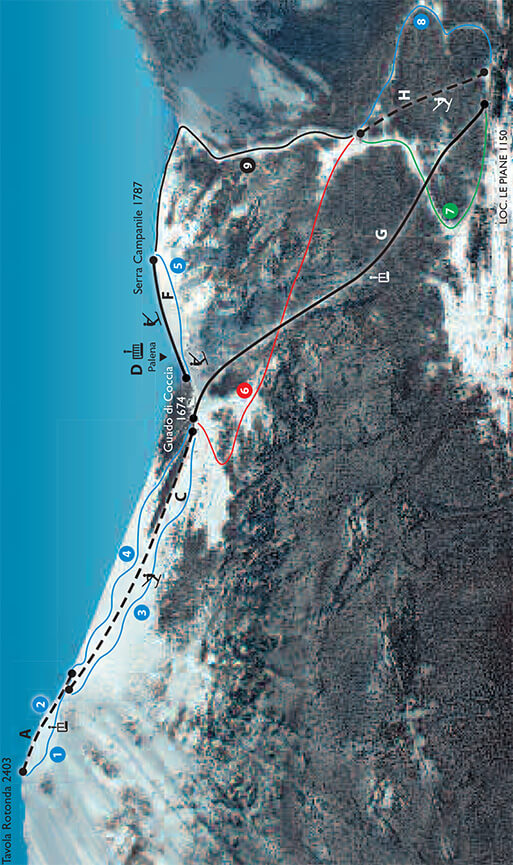