The 77th most popular snowboarding destination in Switzerland.

Southeast of Zurich and south of Chur in the Graubunden region, the Savognin ski area has 27 pistes totaling 80km that are accessed by 7 lifts. But, keep in mind that a majority of the lifts are drag lifts. The best snowboarding at Savognin ski area is normally between the months of January and February.

Above this historic Romansch village, the family-friendly Savognin resort is ideal for beginner and intermediate snowboarders. While the lifts serves a maximum vertical descent of 1629m, it is more likely you'll be doing laps of a maximum 1000m.

While there aren't any difficult black pistes, the ski area offers a 10km off-piste freeride route that is marked and avalanche controlled. The most difficult groomer is the Pro Spinatsch from the summit of the Tiggignas lift. For the freestylers, head over to the Snowpark Somtgant located below the mountain station. The terrain park has small kickers, boxes and a couple rails.

The snowboarding in Savognin is located about a two hour drive south of Zurich. The ski area is relatively unknown, but it is becoming popular with snowboarders looking to avoid the crowds of the nearby resorts in St Moritz, Davos and Lenzerhiede.

To reach Savognin from Zurich by rail, take the regular train from Zurich main station to Chur. In Chur, you can catch a bus heading south down to Savognin Cresta. It's about a 10 minute walk from Savignon Cresta to the lift, or you can grab the ski bus.

Overall, Savognin is the 77th most popular snowboard & freeride destination of all 87 snowboarding resorts in Switzerland. 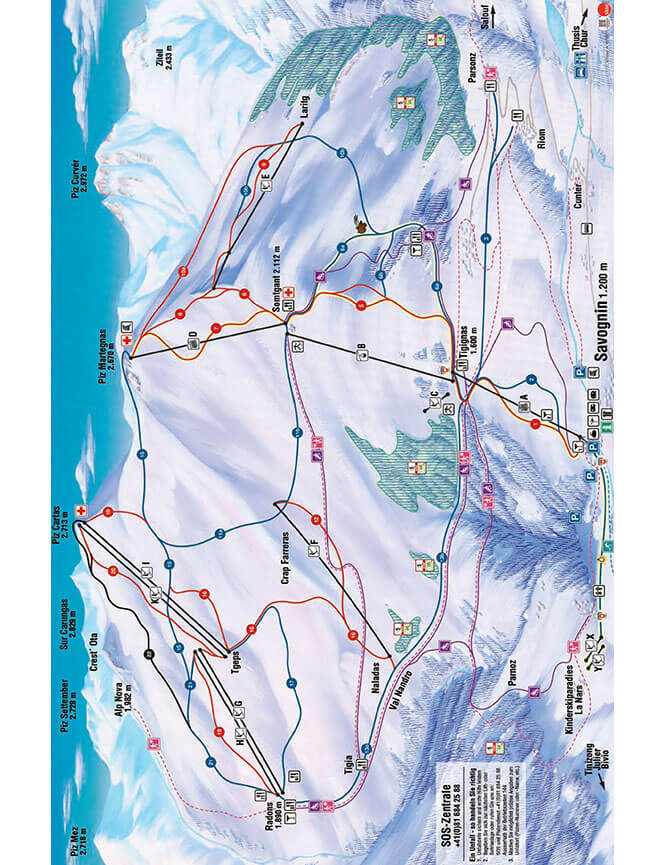