The 52nd most popular snowboarding destination in Austria.

South of Salzburg, the Obertauern ski area has 60 pistes totaling 80km that are served by 26 lifts accessing a vertical descent of 700m. With its high elevation, the ski area is known for consistently good snow conditions. The best Obertauern snowboarding is typically found during the months of January through March.

If you're looking for some super steep terrain to shread, head up to the summit of the Gamsleiten 2 lift. And, throughout the ski area, there are pockets of short off-piste lines to explore. The freeride checkpoints are located at both the Hochalbbahn summit and the Kringsalmbahn summit stations.

In addition to it's reputation for off-piste freeriding, Obertauern has an excellent terrain park, The Spot, with 40 elements spread across 3 pistes totalling 3km. It has 3 kickers in a range of sizes, 5 straight rails, rainbow rails and boxes.

After a long morning of ripping it up, make sure to grab lunch at Fluebachalm. Also, at the end of the day, Obertauren is known for its excessive apres ski action from the mid-mountain down to the base.

To reach the snowboarding in Obertauern by train, head to the Radstadt train station. From Radstadt, there are regular Post Bus heading to Obertauern (20km). There isn't really a town centre since the hotels and restaurants are spread along the busy main road.

PRO TIP: The Obertauern ski pass is valid at the nearby Grosseck-Speiereck ski area (about 15km away via an irregular ski bus).

Overall, Obertauern is the 52nd most popular snowboard & freeride destination of all 88 snowboarding resorts in Austria. 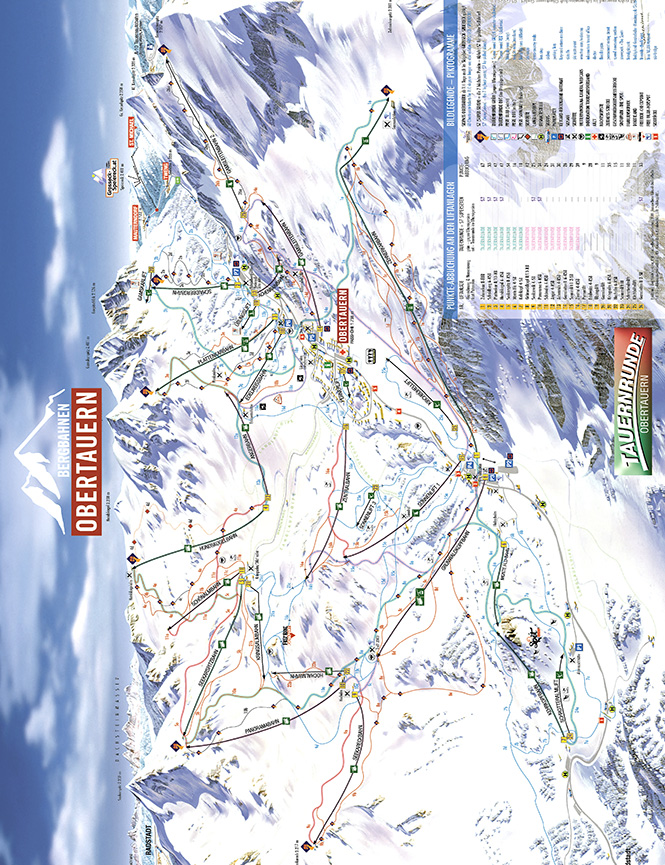