The 46th most popular snowboarding destination in Italy.

West of Turin and Oulx, the Bardonecchia ski area has 39 pistes totaling 60km that are served by 23 lifts with a maximum descent of 1400m. The level of difficulty ranges from 15% beginners to 45% intermediate to 40% advanced. The best Bardonecchia snowboarding is during the months of January and Feburary.

The Bardonecchia ski area is at a relatively low elevation, so it is not widely known for great snow. Luckily, the mostly northern facing, forested slopes hold snow well, and the north facing glades will hold fresh powder long after the latest storm. There are many off-piste sidecountry lines to explore, and there is a full-on backcountry route off the Jafferau summit down to the village of Rochemolles in Val Fredda.

For the freestyle snowboarders in your crew, Bardonecchia has a terrain park located on the upper half of the mountain above Melezet. There are both beginner and advanced features.

After a long day of snowboarding at Bardonecchia, there are a few good options for apres ski. First, start off at Chesal at the mid-mountain, then head down to the Campo Smith base to stop by Haralds or Lalimentari. The village of Bardonecchia is reasonable plain without much charm, but there are some cobbled streets near the church. While it is normally recommended to stay near the old town center, Bardonecchia is known to have loud train noise in town so you may want to stay out at the Campo Smith base.

PRO TIP: The village of Oulx is only 14 minutes by train from Bardonecchia, which means you can also quickly access the massive ski region of Via Lattea. Many snowboarders will actually stay in Oulx and include a day at Bardonecchia ski area as a side trip. If you do stay in Bardonecchia, there is an advanced purchase, multi-day lift pass option for a free day at Via Lattea but you need to claim the bonus day before arrival.

Overall, Bardonecchia is the 46th most popular snowboard & freeride destination of all 57 snowboarding resorts in Italy.

Base Camp:  Hotel Jafferau at mid-mountain. 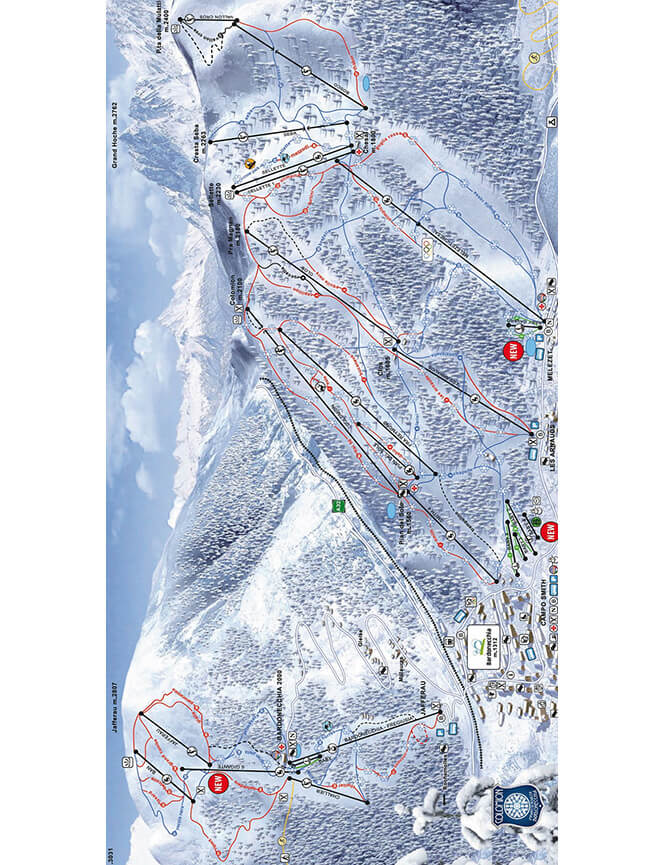