The 44th most popular snowboarding destination in Italy.

To reach the snowboarding at Folgarida Marilleva from Milan, take the train up to Trento. About 200m from the main Trento train station, there is the Trento Malé Marilleva train station where the Dolomiti Express electric train heads up to Val di Sole and makes stops at the village bases for Folgarida Marilleva. The closest airport is at Verona but the transfer time is 2 hours. 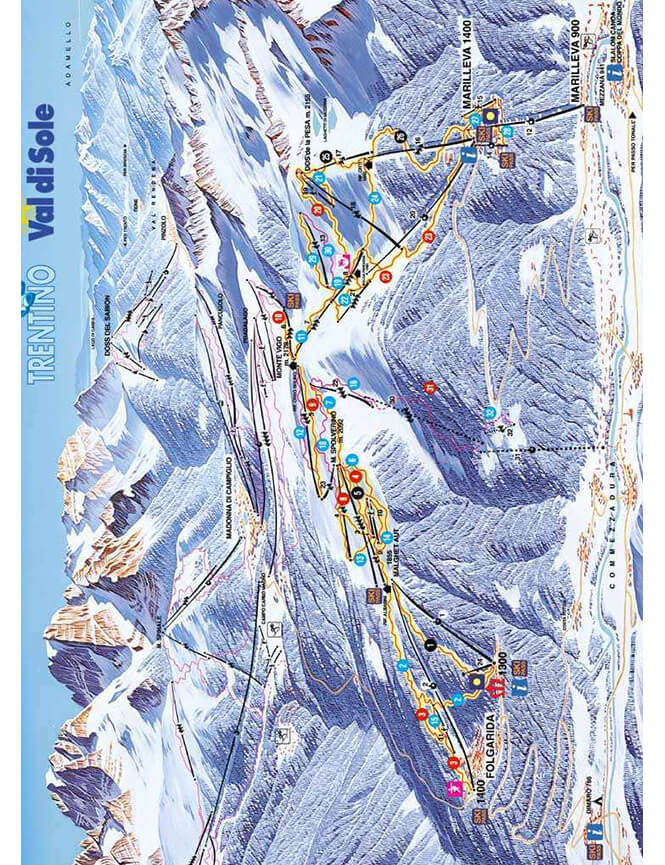