The 57th most popular snowboarding destination in Italy.

Northwest of Trento, the Ponte di Legno - Tonale ski area has 41 pistes totaling 62km that are served by 28 lifts with a maximum descent of 1850m. This ski area is actually 4 interconnected lift systems that are covered by one ski pass stretching from Tonale to Ponte di Legno and beyond to Temu. The level of difficulty ranges from 25% beginner to 60% intermediate to 15% advanced. The best Ponte di Legno / Tonale snowboarding can be found during the months of January and February. The ski area is home to one of the best groomed pistes in Italy called Pista Paradiso, which has 1800m of descent over 11km.

Surprisingly, this relatively unknown ski area is home to exceptional freeriding with over 40km of freeride lines. In addition to the local favorite Presena Glacier freeride line, there are four other freeride zones including Medrone, Maroccaro, Mount Venezia and Pisgana. The piste map shows many of the off-piste runs, but only labels them with a single letter, such as Vescasa (E), Alveo Presena (C), Squaldrina Cantiere (B) running down Val Presena bowl, and Val Narcanello (A), which requires a short climb to access.

For the freestyle snowboarders in your crew, Tonale has the Adamello terrain park located off the Valena lift. At over 700m long, the terrain park has lines for beginners up to experts.

After a long morning of snowboarding, there are two nice huttes for lunch. Check out either Rifugio Nigritella or the Petit Pierre Refuge in Corno d'Aoza. The latter is actually a popular apres ski destination up on the mountain.

PRO TIP: This ski area is not really accessible by public transportation. Just to reach from the nearest big cities of either Bolzano, Trento or Brescia, requires three or more public buses totaling over 5 hours of travel. You'll want to use either a private shuttle van or rent a car.

Overall, Ponte di Legno - Tonale is the 57th most popular snowboard & freeride destination of all 57 snowboarding resorts in Italy. 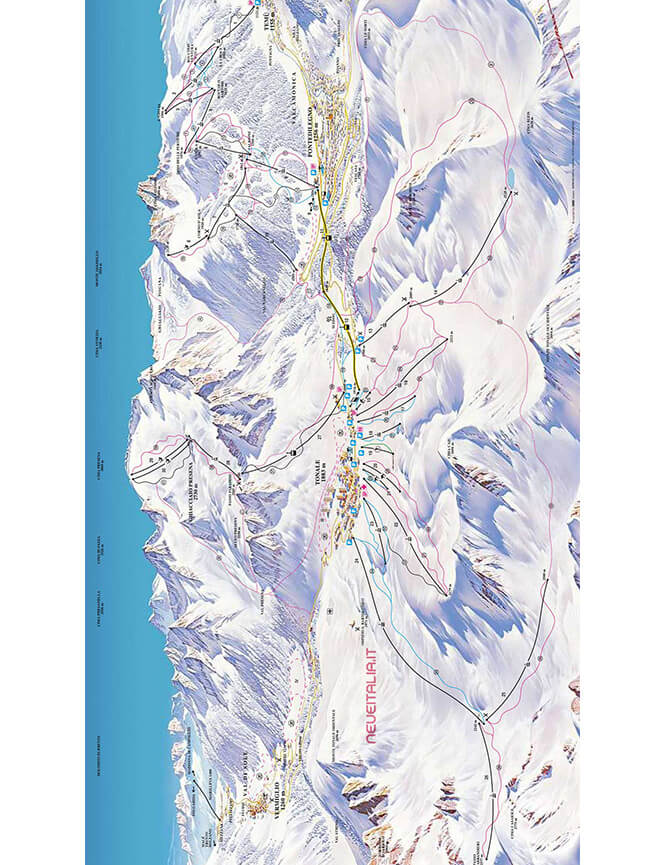