The 86th most popular snowboarding destination in Switzerland.

Southwest of Visp, the Unterbaech ski area has 12 pistes served by eight lifts accessing a vertical descent of 1200m. The most challenging lines require taking 4 lifts from Unterbach to head south far up the Ginals valley to the Ober Sanntum pistes. The best snowboarding at Unterbaech ski area is usually found during the months of January and February.

To reach the snowboarding at Unterbaech by train, use the Visp train station. There is a Post Bus from Visp to Unterbaech. Also, there are two valley lifts from near the Turtig train station to the Unterbaech base and to the Eischoff base areas, respectively. But there are not pistes back down, so you'll need to downlift at the end of the day to Turtig.

PRO TIP: The Mossalp ski area is located just east via Post Bus. Also, across the valley to the north is the Lotschental Lauchernalp ski area. 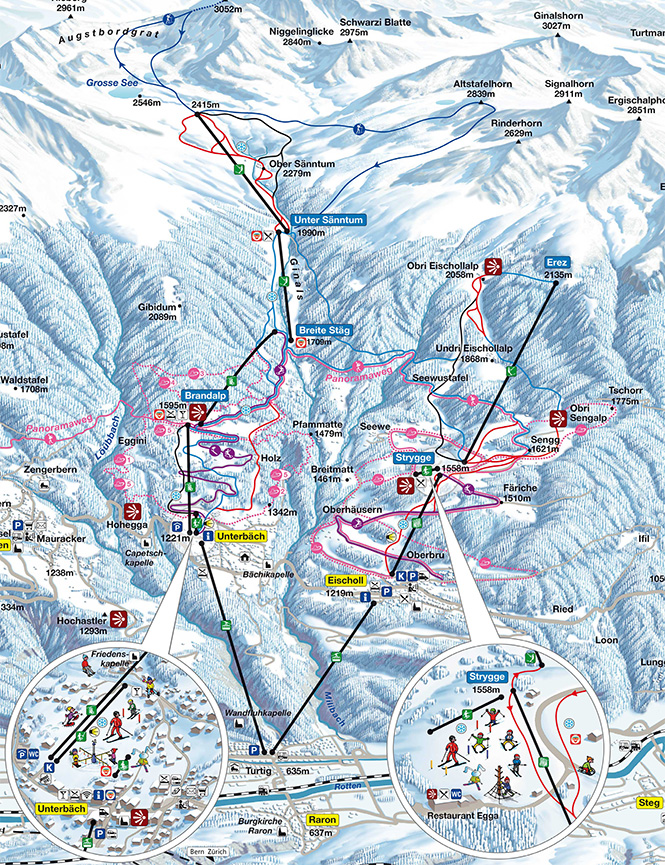